Thank you for showing your interest in
Eco City Mullanpur

Please fill the form below to get full info about this project.

The plotted residential development under GMADA, Ecocity is the upcoming Ultra modern Township at Mullanpur, New Chandigarh. Quite synonymous to its name, it is surrounded by lush green areas. The scheme launched in the year 2011 for the allotment of 836 residential plots evoked overwhelming response as approximately 1, 60,000 applications were received. Planned to the south of MDR-B, Eco City Phase-I is being developed on an area of 400 acres, which has been acquired under 100% Land Pooling, thereby making the farmers as the stakeholders and none of the farmers have been uprooted. Development works are on a spree at the site and are likely to be completed by January, 2014. Development is being carried out by M/s Larsen & Toubro Ltd. Total area under development of the scheme is 400 acres and the total project cost of development is Rs. 151 crores, out of which Rs. 50 crores have already been spent on the construction of roads and providing Public Health, Electrical, Horticulture Services, etc. Around 450 acres of additional land is being acquired for Eco City Phase-II. Compensation will be paid as per the policy to the land owners whose land will be acquired for the project. 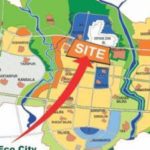 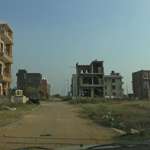 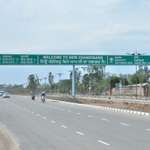 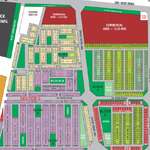